By MARY CALLAHAN
THE PRESS DEMOCRAT 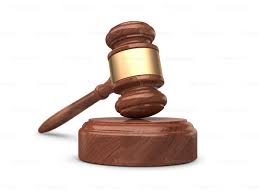 A Mendocino County judge has ordered Lake County Sheriff Frank Rivero to restore the Lakeport Police Department’s access to computerized records and criminal histories that officers say is necessary to do their jobs in a safe and effective manner.

The temporary restraining order issued Monday by Judge Cindee Mayfield is just that, however — temporary.

It’s good only until Aug. 9, when a full hearing is scheduled on the merits of Lakeport’s petition to regain the ability to view full reports and investigative records kept by the sheriff’s office.

That access was cut off April 22 after Rivero found what he said was evidence that police had unduly and perhaps unlawfully exploited their ability to explore what can be highly sensitive, proprietary information that includes things like molestation claims, domestic violence reports and other information that could be abused.

Rivero also argued that the degree of access to the records management system formerly enjoyed by Lakeport police and first allowed under former Sheriff Rod Mitchell was atypical and threatened the privacy rights of individuals who might have had dealings with law enforcement — including victims and reporting parties.

They said that police, whose calls for service are managed and dispatched under contract with county sheriff’s personnel, can’t even search their own call histories fully, let alone find out, for example, what contacts suspects may have had with other law enforcement agencies.

They also said Rivero has a high degree of control over what those outside his agency can see when they access the system.

But his assertion that police have all the access they need through a work-around system he’s put together “is incorrect,” said David Ruderman, an attorney for the city.

Anderson, whose own investigators have similarly lost their ability to search sheriff’s records, though he has not joined Lakeport’s lawsuit, has conducted his own investigation into Lakeport police conduct vis-a-vis the records management system and found nothing improper.

“The information in the RiMS system (as the record management system is called) is not confidential information to police officers acting within the scope of their employment,” Anderson said.

But Rivero said it is he who is charged with protecting the privacy of individuals who may be compromised by improper access of the data. He said he had to take action when, for instance, he found login markers indicating one officer searched himself, his wife, other people with the same name and relatives for unexplained reasons.

The system “is a really powerful tool for investigative purposes, but it also lends itself to powerful abuse under the right circumstances,” he said.

Lakeport police have sued the sheriff to get access to the records and asked the case be moved to Mendocino County to avoid conflicts of interest.

Mayfield issued the temporary restraining order Monday. Rivero said he restored access to the system, as required, but said it forced him to conduct and audit at the close of every business day to monitor police use of the data and ensure there were no unlawful breaches of privacy.

Rasmussen said late Tuesday that his officers continued to have trouble tapping into the system, however, though it was possible a software problem was preventing them from logging in.

You can reach Staff Writer Mary Callahan at 521-5249 or [email protected].